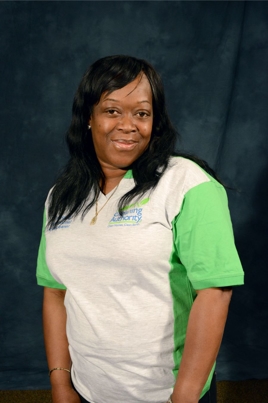 In 2000, Dericka Francis was on the hunt for a summer job. “I was working as a teacher and made the mistake of not saving any money for the summer fund,” she said. “So I came to The Cleaning Authority for the summer.”

As the summer months continued, Dericka found something in her new job she didn’t have before: Freedom. She enjoyed the fact that when she left the office for the day to clean homes, she felt free. There was no boss watching over your shoulder. It helped her to enjoy the work more without the pressure of feeling watched.

So, as the summer was coming to a close, Dericka made the decision to stick around at The Cleaning Authority instead of going back to her teaching job.

Over the last 16 years, Dericka has worked her way from Professional Housecleaner, to Quality Inspector. In addition to doing inspections Dericka can be counted on to train new employees or to re-train existing employees. Dericka works in The Cleaning Authority’s corporate owned office, which means she also assists in training new location owners as they prepare to open their own offices.

“This company has definitely changed me in a positive way. I’ve learned how to be a leader and how to work with different people,” Dericka said. “I’ve also learned how to control my own emotions and have become more grounded.”

When asked why she’s stayed with the company for 16 years, Dericka didn’t hesitate to say it’s because of the people she works with. “I like working with the office owner and the managers. They’re all great to work for,” she said. “The rest of the staff is great too. I love working with all of the people here.”